Our elders never had a weather app. Their snowfall predictions were based on the scrupulous observation of nature – height of the gentians, behaviour of the bees and robins, and so on…

Old mountain wives’ tales or reliable indicators ? Here are ten of nature’s clues to look out for if you want to find out before everyone else if the snow will be good next winter.

The yellow Gentian seen in the Alps is a hardy perennial that can live for up to 50 years. So it has seen quite a few winters!

This true barometer has been considered for ages as one of nature’s best indicators of how much snowfall to expect. From a scientific angle, its height allows its flowers to remain above the surface and also helps it to reproduce by facilitating the spreading of its seeds. QED.

So fans of the white powder can now morph into botany experts and spend the summer monitoring the growth of the Gentians and dreaming, as it happens, of the “Gentianes” slope they’ll be hurtling down next winter.

2. Wasps in abundance in summer 🐝

Old scout’s honour, the more wasps you see during the hottest months of the year, the harsher the winter to come! Others rely on the height of the wasps’ nests; the taller the nest, the deeper the snow. Tangible proof? Not so sure. Only queen wasps last that long, the rest die before winter arrives.

All the same, a wasp sting or two during the summer is a small price to pay for a few extra metres of winter powder!

No doubt about it, snow is on the way! This might make you smile, but never forget that animals are much more sensitive than humans to changes in atmospheric pressure.

4. Onions with more layers of peel 🧅

You cry more when peeling onions ? Don’t you worry, many people think it’s a sign that a harsh winter is on its way. Here again, it’s just nature’s way of preparing for an unusually tough season. In fact, legend has it that each layer of onion peel represents a month of snow. (All the same, don’t panic if you count 12 layers! )

Perhaps nature’s generous gift to squirrels who will need greater stores to survive a harsh winter ? This is another of our elders’ favourite clues and one which demonstrates once again that animals and vegetation are indeed among the best predictors of bad weather.

6. An August craving for fondue or tartiflette 🧀

A sign that never fails… If by 15th August you’ve had enough of water melon and patio barbecues washed down with rosé, but really fancy a nice greasy tartiflette, charcuterie and all, then have faith in the very clear message sent by your inner radar.

➡️ We take the opportunity to give you some good addresses where you can taste warm and tasty Savoyard dishes!

This has to be the most reliable indicator on our list! When our Parisian friends rush to buy the latest models, look to the heavens and expect to see a whole avalanche of fresh snow (or, failing that, an avalanche of skiers).

8. When the first snows arrive at the end of September ❄️

26 September 2020: While summer is still present everywhere in France, winter has suddenly appeared and covered the Alpine peaks with a white coat. From Austria to France via Switzerland, the cold spell affected a good part of the Alpine arc, with up to 40 cm of snow above 1500 m.

Should we see these first snowfalls as a short-term winter offensive or the forecast of a beautiful snowfall next winter? One thing is certain, we are keeping our fingers and skis crossed with all our might.

➡️ For weather conditions and snow reports in Les Gets, go to our live weather page.

9. When your Instagram feed is packed with images and videos of powder snow 🏂

On Instagram and Facebook, your feed is invaded by images of fresh powder and freestyle skiing videos from the four corners of the earth. You follow the best riders in the world like Candide Thovex and Victor Muffat-Jeandet. The latest equipment from the best ski brands holds no secrets for you. And you’ve signed up for snowfall alerts at the five ski resorts around you.

Do these rituals mean that there will be fresh snow this winter? Nothing is less certain… But it is well known that if you dream very, very loudly of something, it may come true!

Can’t find Coronet Peak on your atlas? Hardly surprising, as this ski resort is located on the other side of the planet, in New Zealand. And when it snows heavily there in July and August (wintertime down under), you have every reason to believe that it’ll do the same here in a few months’ time. 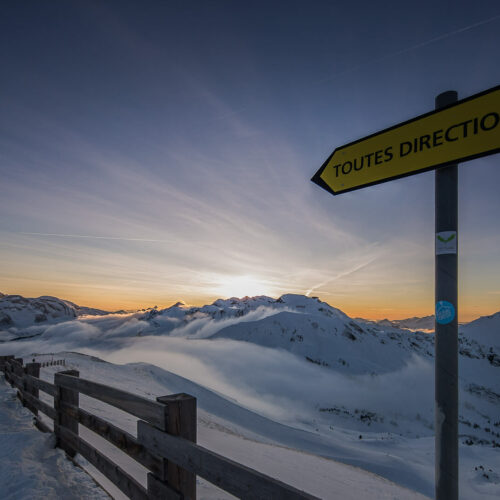 Border hopping in the heart of the first cross-border area is the stunning advantage in Portes du Soleil. From Les Gets, THE place to start your border hopping adventure, between France and Switzerland. 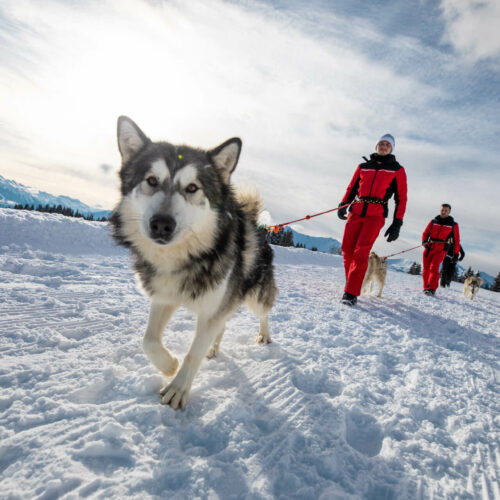 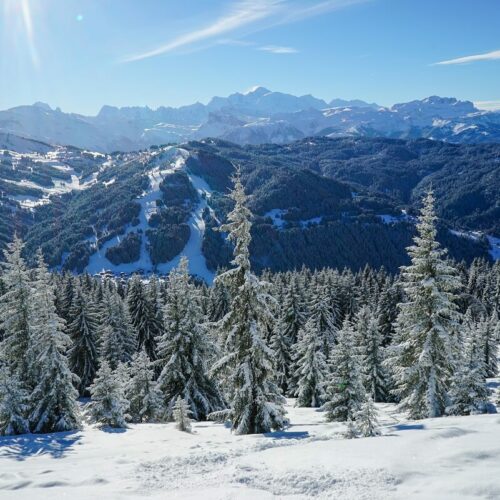