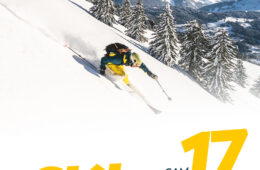 The Les Gets-Morzine ski area will open continuously from Saturday 17 December 2022 depending on the snow conditions.

Les Gets Ski Party : dibs on the slopes !

On your slope… Ready?! Ski! On this opening day, the early birds are kings! We offer you breakfast at the departure of the Chavannes chairlift, then you will have the pleasure to make the very first turns of the season in a breathtaking landscape in the fresh snow and under a radiant sun (🤞).

To close this day, rendez-vous at the Les Gets Cinema at 8PM (683 Route du Centre – 74260 Les Gets). We invite you to join us on a journey to the top of the world’s highest mountains, with the following programme:

-The films of our ambassador Sébastien Varlet :

You will also be able to speak to Sébastien about his films.

-Screenings from the Xplore Alpes Festival:

Enough to fall asleep happy and exhausted, with images of mountains and immensity in your dreams… PROMO – 40% off your Season skipass Les Gets – Morzine

Buy your Les Gets-Morzine season pass before 30 September to get a 40% discount!