Did you know that when you ski in Les Gets you’re skiing across the bottom of an Alpine ocean? On a 50 km stretch between Lake Geneva and Mont-Blanc, the Chablais Geopark retraces the amazing story of how the Alps have formed since a time when all the continents formed a single land mass. Once upon a time, a very very long time ago…

A rolling stone gathers no moss. Perhaps. But a rolling stone tells Earth’s story. And what an amazing story it is that lies just beneath our feet. Like a trip in a time machine, the exceptional geology of the Chablais region reveals a lot about the natural landscape around us. The role of the Chablais Geopark is to protect this region, spread the word and support its sustainable development.

What is exactly a Geopark ?

The «UNESCO World Geopark» label was created in 2015. It is awarded to regions featuring a rich geological, natural and cultural heritage. This of course means lakes and mountains, springs and caves, but also traditional built heritage, legends and customs, and even cheese and wine. A UNESCO World Geopark endorses the strong rapport that the people have with the land. It is a seal of approval that recognises the quality of the region’s geological features and its rich heritage.

The Chablais Geopark stretches for 900 km2 across 62 towns and villages, from the south bank of Lake Geneva to the Portes du Soleil summits. It features 85 official geosites including 23 that the public can visit (La Mouille des Boittets in Les Gets). Amid water and rock, lakes and mountains, these sites tell the story behind the heritage.

Among these remarkable geological sites, we find the resort of Les Gets and its peat bogs, vectors of a very rich geological identity, playing an important role in our eco-system.

Gems of Les Gets

The village of Les Gets is built on ancient marine sediments piled up when the continents came together. Before the birth of the mountains reigned here the alpine ocean, La Téthys, whose sediments gradually formed the rocks of the Chablais.

So there is lava in Les Gets ? That’s right! The Vuargne ridge at Joux-Plane Pass features some extraordinary pillow-lava fragments that were sent skywards from the Tethys bed as the ocean closed and the Alps emerged. Due to the effects of erosion, they can now be seen at the Tête du Vuargne on the very surface you walk across. Amazing no?

The impermeable subsoil of the Lac des Ecoles geosite was also formed by ocean sediments. This peat bog is now home to protected species such as the Alpine newt, the intermediate wintergreen and the marsh trefoil. Used as an ornamental lake in summer and a mountain reservoir in winter, the Lac des Ecoles geosite highlights the major challenges of water management in the mountain environment.

Indeed, there are very few springs in Les Gets. The impermeable rock of the subsoil, constituted by supercharged sediment from the Alpine formation period, prevents water from filtering through. So water remains at the surface and flows downhill.

An exploration of our region reveals an extraordinary geological heritage that’s been hidden right under our noses. Let’s drink to our thirst’s content from the fount of knowledge. Welcome to Chablais.

To find out more : https://www.geopark-chablais.com/ 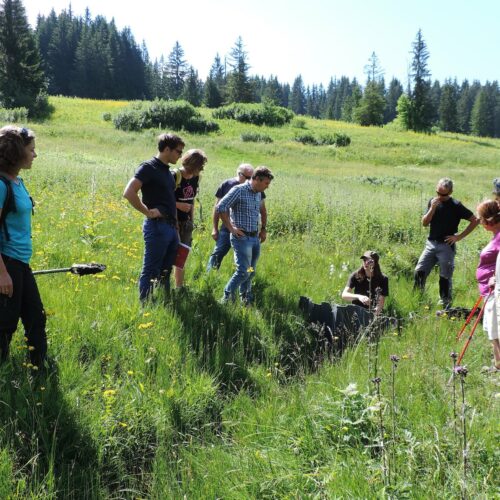 Les Gets has been awarded the Chablais UNESCO Global Geopark label thanks to the presence of peat bogs in the area, which play a very important role in our ecosystem. 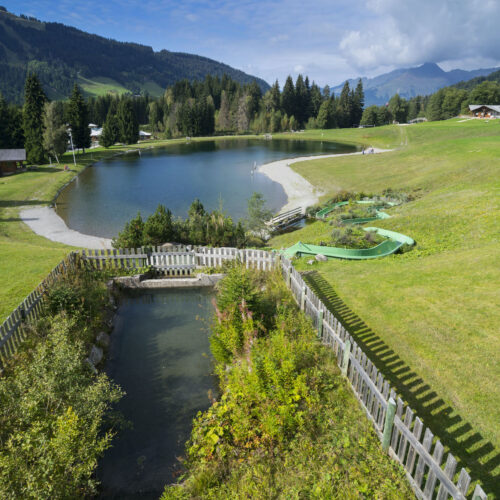 In order to preserve our mountain environment, many eco-actions have been initiated within the resort and on the ski area. 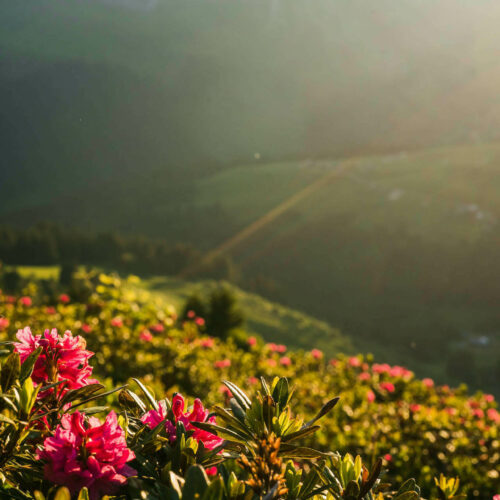 Mountain hiking is the perfect way to discover the local animal and plant life. So who do you think you might meet along the way?