The 108th French Alpine Skiing Championships took place from 23 to 31 March 2021 behind closed doors in the resorts of the Portes du Soleil – Les Gets, Saint Jean d’Aulps and Châtel.

On Saturday 27th March, the best French slalom skiers competed on the piste of Les Perrières in Les Gets, under the watchful eye of Alexis Pinturault, who came to celebrate the successful career of his team-mates Julien Lizeroux and Jean-Baptiste Grange.

In the starting gate, we find the elite of the French men and women for the final races of the 2021 season: Julien Lizeroux and Jean-Baptiste Grange, who made the final start of their careers, Victor Muffat-Jeandet, Clément Noël, Léo Anguenot, Nastasia Noens and Caitlin McFarlane.

“I’m happy with both my runs today. Finally, despite the rain last night, they salted the track well and they put out a really good track.” Nastasia said at the finish area.

After a year of injury, Nastasia made a good comeback on the circuit: “This season I came back from injury and despite that I had two good races in the World Cup in Zagreb and the World Championships in Cortina. This promises to be a good start for next year. My goal? To go for a medal at the Beijing Games because it will be my last Games.”

The 2nd woman on the podium and local skier Caitlin McFarlane also shared her feelings on her race: “I really enjoyed myself in both runs. As I know the track well, it’s all good for me. I’m also really happy to have won the French U21 Champion title.”

A local girl, Caitlin was excited to host the French Championships on her home turf: “Les Gets and Saint Jean d’Aulps are not very well known resorts on the circuit and I think it’s great that athletes like Clément Noël, Tessa Worley and Nastasia Noens come to ski our slopes. It’s very inspiring for young people especially.”

In the Men’s category, Victor Muffat-Jeandet became the 2021 French champion in slalom in Les Gets on Saturday. Clément Noël and Léo Anguenot completed the podium. On Sunday, he also won the Giant Slalom in Saint Jean d’Aulps, ahead of Thibaut Favrot and Cyprien Sarrazin. He closed these Championships in beauty by winning the national title in the combined event on Monday in Châtel, ahead of Léo Anguenot and Florian Loriot.

A triple win for the skier from Val d’Isère who has an impressive track record: a Bronze medal at the 2018 Olympic Games, 10 World Cup podiums (1 victory) and 4 French Elite Champion titles.

“It was a great day! The French Championships are always a very nice and friendly moment. We want to finish the season in style. It was also a special day with the last race of Julien Lizeroux and Jean-Baptiste Grange who have been our mentors for many years. There was a lot of emotion for all of us at the start…” says Victor.

In 2nd place, Clément Noël was happy to close the season in the company of all the French skiers: “The French Championships are an unmissable event. We compete in them every year, no matter what. It marks the end of the season and it allows us all to get together between the World Cup, European Cup and FIS youth circuits. “

In the youth category, two ambassadors from Les Gets and members of the Les Gets Ski Compétition club also took to the piste at Les Perrières: Léo Coppel finished 3rd in the U18 category and Pierre-Sylvain Rosset took 9th place in the U21 category. The following day, in the Giant event, Léo took 1st place in his U18 category and 19th overall.

The slalom of these French Championships was the final race for Julien Lizeroux and Jean-Baptiste Grange, who announced their retirement at the end of the winter season. On this occasion, a tribute was paid to them during the prize-giving ceremony of this slalom, in the presence of Alexis Pinturault, winner of the overall World Cup ranking, who has entered the pantheon of French skiing…

Well done to the organisers of the 2021 French Championships in the Portes du Soleil!

A detailed organisation carried out by Les Portes du Soleil and Les Gets Ski Competition, with the help of many institutional and resort players: Les Gets Ski Competition, Les Portes du Soleil, the French Ski Federation – FFS, the ESF of Les Gets, the Auvergne-Rhône-Alpes Region, the Haute-Savoie Department, the Haut Chablais Community of Communes, La Sagets, the technical services of the Town Hall, Les Gets Tourisme.

Stay connected to Les Gets… 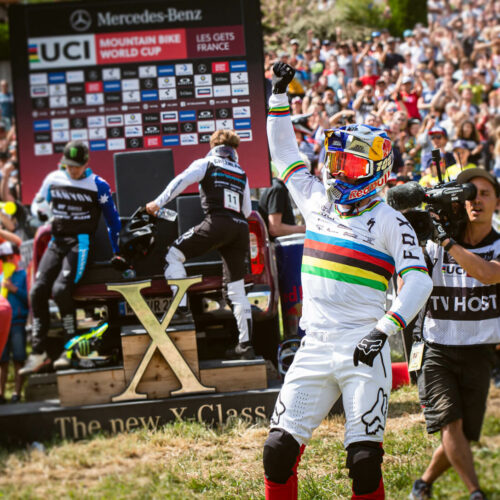 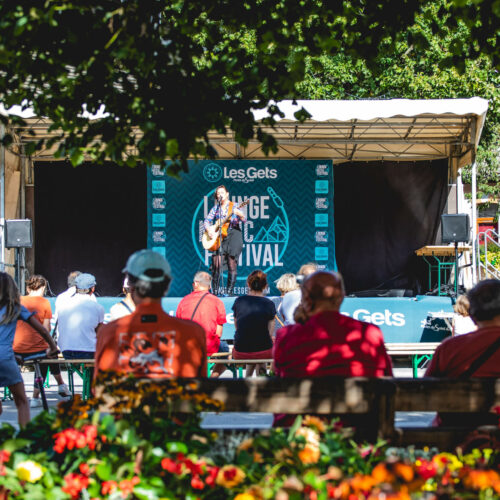